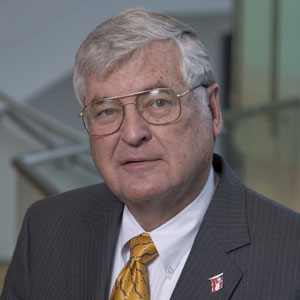 Dick Dorsey retired from the American Insurance Association ("AIA") in December 2002, following a 28-year career in representing the AIA and its 410 member companies in legislative and regulatory forums in the Southeast. As a regional vice-president for AIA, he frequently testified before legislative committees and in regulatory hearings on matters of importance to the property and casualty insurance industry. Prior to joining AIA, he was a Deputy Insurance Commissioner for the State of Georgia and he was also associated with a major insurer and insurance agency early in his insurance career.

Dick is a graduate of the University of Georgia and John Marshall Law School and a member of the State Bar of Georgia and a number of industry and civic organizations. He has been appointed by two previous governors in Georgia to serve on special study committees concerning workers' compensation issues. In 2011, he received the Tom S. Howell memorial award that is presented annually by the State Board of Workers Compensation and Chairman’s Advisory Council to the individual who has made significant contributions to the workers compensation system. He is a past president and member of the Board of Directors of KIDS' Chance, Inc., an organization that provides financial support for the education of children of workers seriously injured in industrial accidents. In 2002, he received from the Independent Insurance Agents of Georgia, the Herman Haas award that is presented annually to the individual who has made major contributions to the insurance industry.

Dick retired as a Lieutenant Commander from the U.S. Coast Guard Reserve after serving 23 years. He is a native of Atlanta and is an Elder in the Presbyterian Church.